Time to horrify some people.

First let's include the code we wrote last time,

and the dependency-tracking environment it creates will be used to run all the following examples. 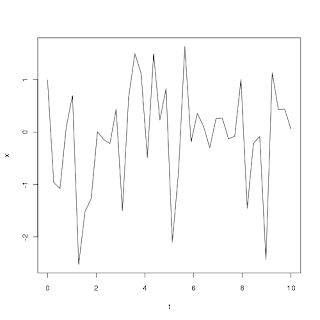 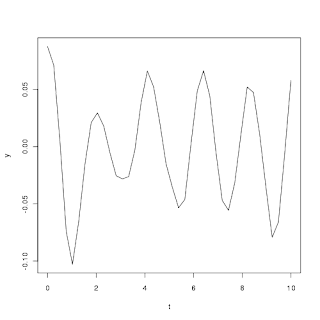 We've made it look wavier. We could decrease the bandwidth and make it cleaner: 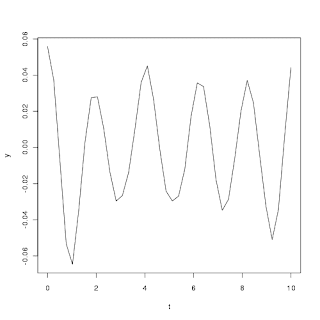 We could unrwap the phase and find the (what we already know to be) the frequency of the wave we just made:

We can try various bandwidths and see what estimates we get for the center: 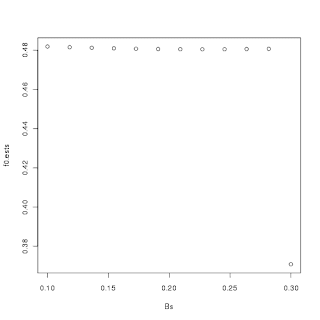 And make the same plot for a different center: 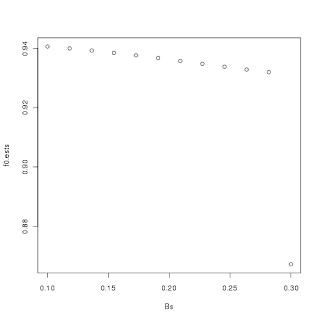 was written entirely without repetition in mind.

I have to admit that I did cheat a little bit. If you go back and look at the code you'll notice that each variable is assigned exactly once. Hence the hiding of logic like

into functions, because this is awkward to write without assigning U twice. Because in the main program each variable is only assigned once, when a modification is made, it is trivial to decide which other variables must be updated and how.